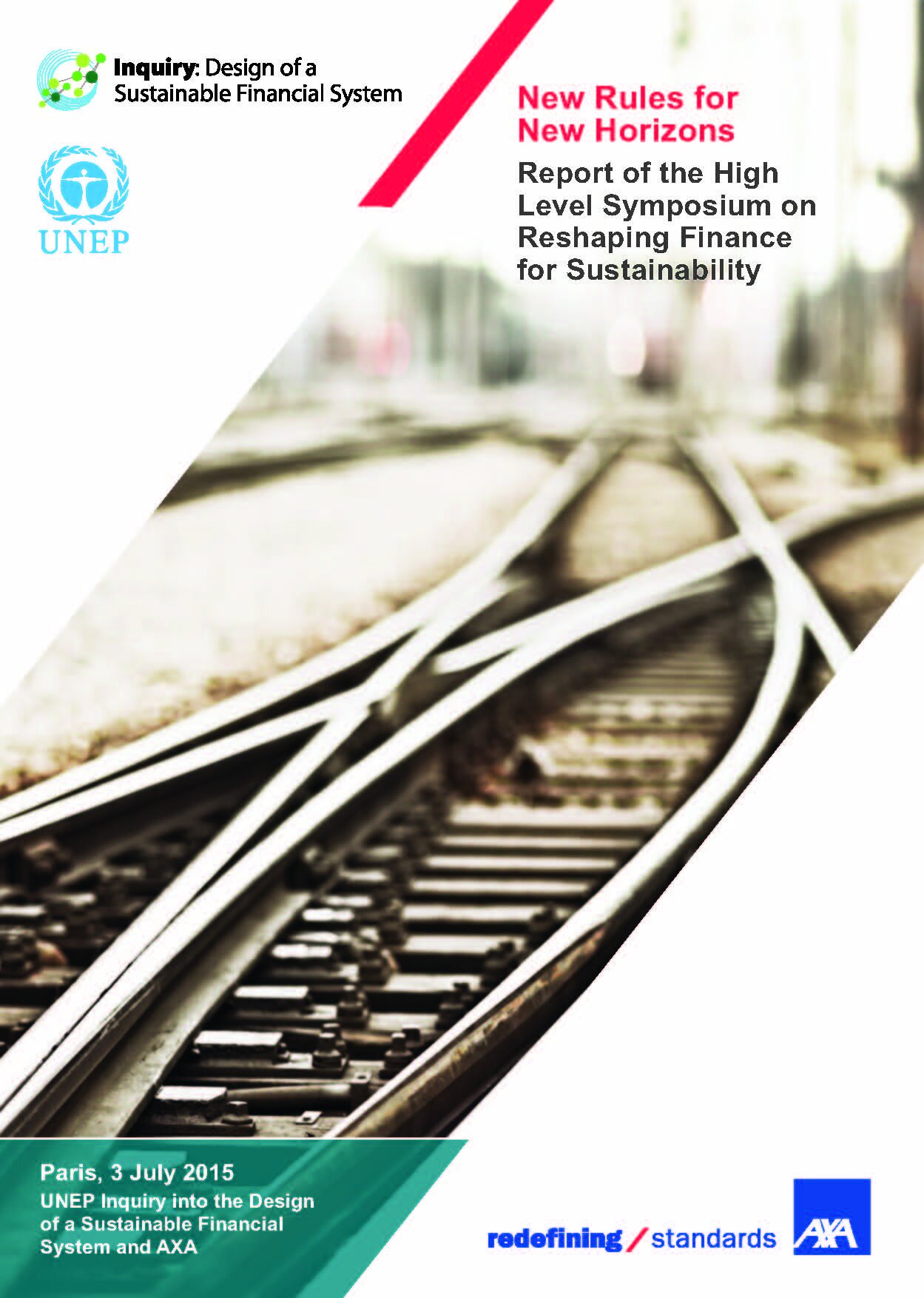 On July 3rd 2015, the UNEP Inquiry into the Design of a Sustainable Financial System and AXA co-hosted a high-level symposium in Paris to explore the nexus between the long-term challenge of mobilizing finance for sustainable development, and impact of the post-2008 financial reforms. Two further drivers of major change to the financial system were also discussed: the innovative disruption being unleashed by new technologies and business models, and the growing importance of major developing countries in the shaping of the international financial system. Over two hundred participants, including officials from international institutions, central banks and financial regulators, and private sector representatives and academics, debated the current state of the financial system, its purpose for society and the potential and challenges for reshaping it towards sustainability.

This report highlights the themes of the debates and their main conclusions, as well as potential avenues for action.