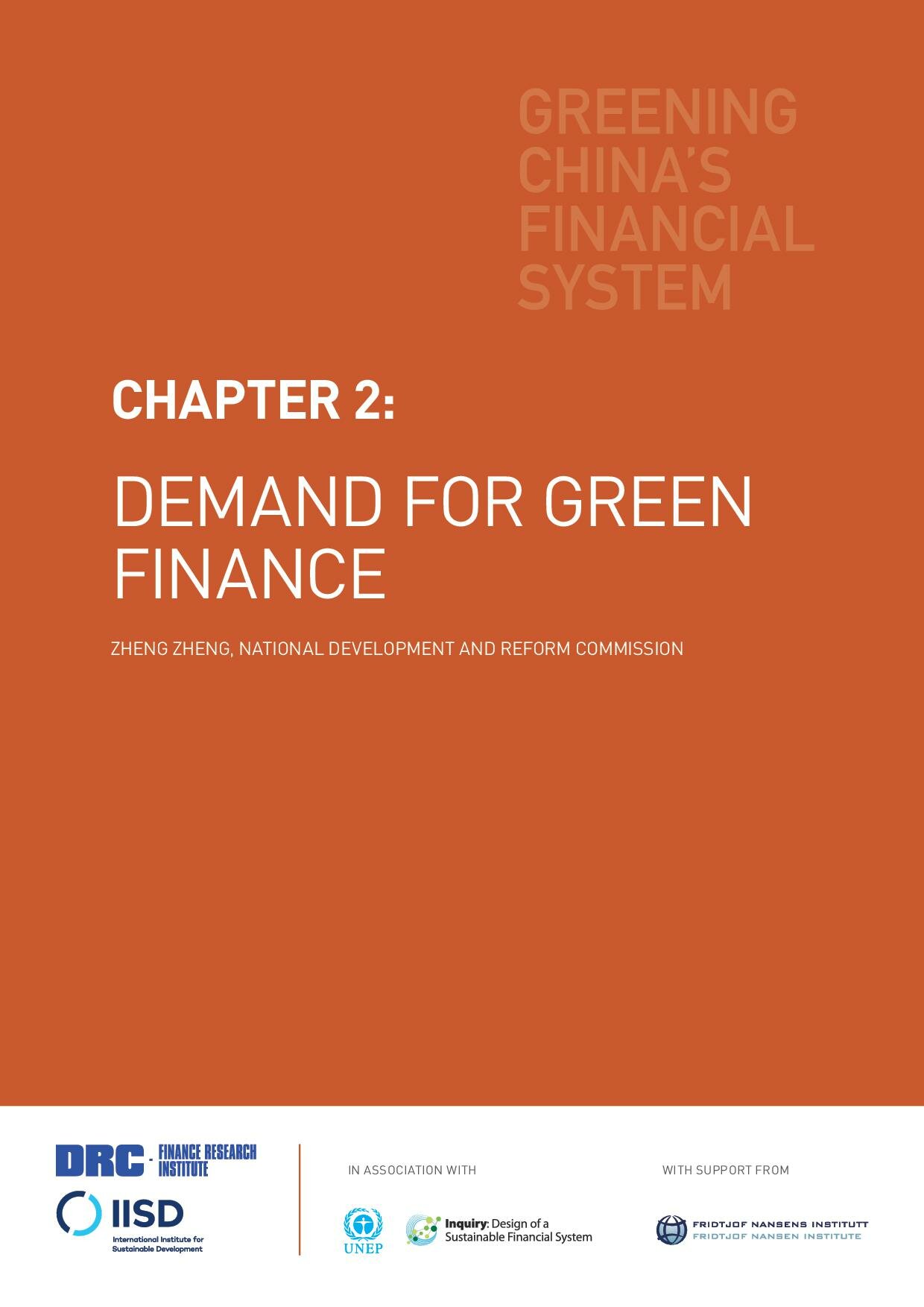 This paper reviews the statistics on investment in fixed assets of key green sectors in China to date and estimates the demand for green finance over the next five years, from 2015 to 2020. It estimates over 3 per cent of GDP—RMB 1,642 billion (USD 260 billion)—was invested into core green industry and infrastructure sectors in 2012. Market-based green finance (from loans, bonds, equities other private financing) contributed around 70 per cent of these funds, approximately RMB 1,126 billion (USD 180 billion), with the rest coming from public budgets and the self-owned capital of enterprises. The report estimates that demand for green investment to meet China’s green policy goals will grow to approximately RMB 2,908 billion (USD 465 billion) a year, requiring approximately RMB 2,000 billion (USD 320 billion) of market-based green finance annually. Increasingly, government fiscal support should stimulate the development of market-based green finance, instead of directly meeting the demand for green investment on behalf of the financial system.

[NB: This report is one chapter in the book Greening China’s Financial System]