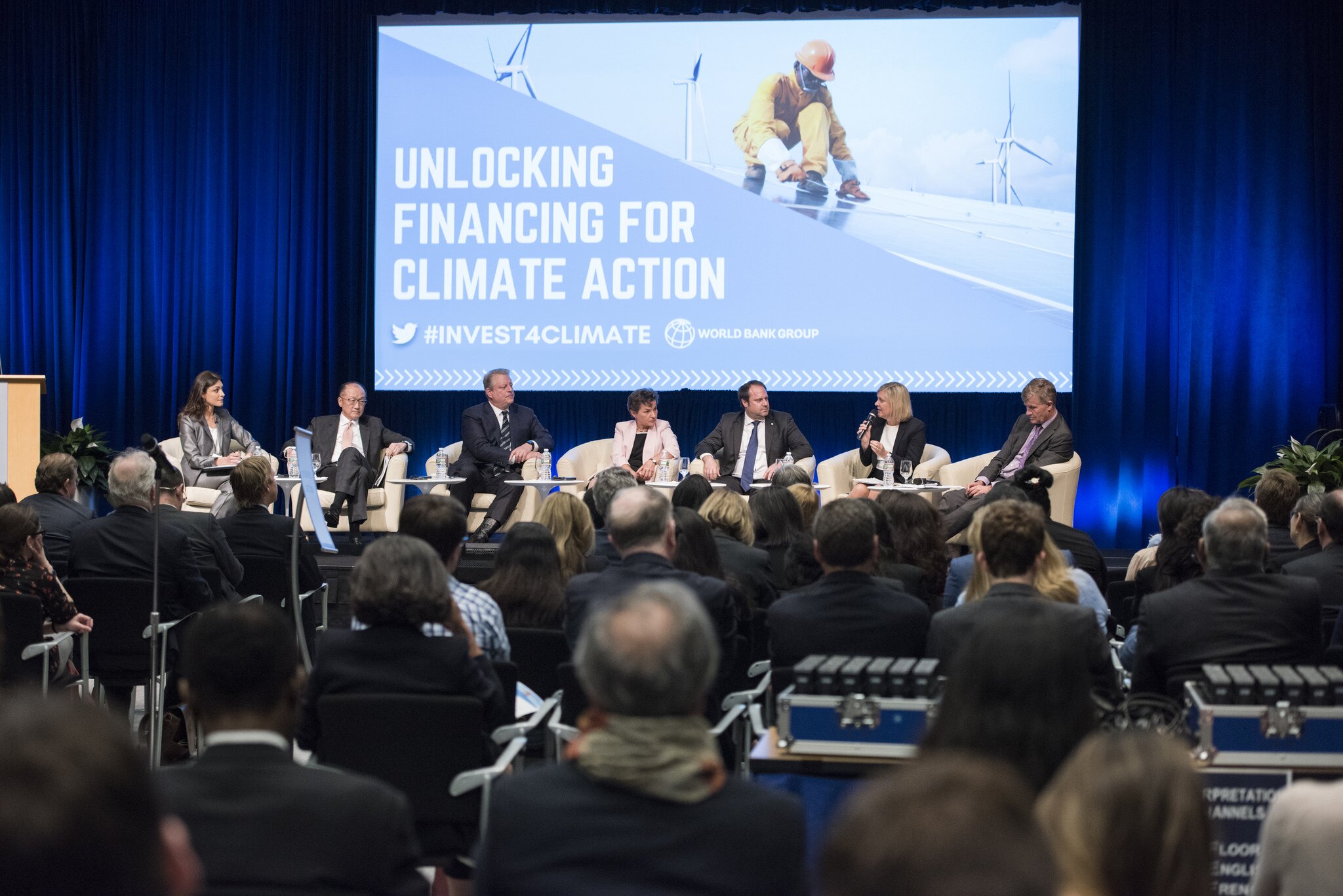 The event “Unlocking Financing for Climate Action” took place during the IMF/World Bank Spring Meetings on 21 April 2017 in Washington, D.C. On this occasion, the summary of the joint UN Environment/World Bank Roadmap for a Sustainable Financial System was released for consultation.

Below is a summary of the event, also available here.

Pointing to the urgency of expanding global action on climate change, a panel of leaders at the Spring Meetings discussed the challenge of mobilizing financing for climate action, and the opportunities ahead.

President Kim said the focus should not only be on investing in new clean technologies, but also in areas like sustainable agriculture and climate-resilient roads which are urgently needed in developing countries.

Gore emphasized that the solutions to the global climate crisis—such as large-scale investment in renewable energy—were also solutions for a lagging global economy.

Figueres stressed the need to support developing countries as they adapt to a changing climate. She cited the new $2 billion green bond fund issued by IFC as reason for optimism. The World Bank Group is the world’s largest mobilizer of climate-related funds.

Skoll said that if financing could be used to accelerate the clean energy revolution, it would have huge positive impacts on water, agriculture, transport and health. Echoing other panelists, he emphasized that the huge drop in renewable energy prices in recent years was a game-changer for many countries.

Magdalena Andersson pointed out that Sweden had managed to put a price on carbon and lower emissions while continuing to enjoy steady growth. She said Sweden would support other countries as they embarked on a similar path.

Erik Solheim said he was convinced that large developing countries like China and India would lead a global revolution by adapting clean technology, thus dramatically bringing down costs.

Panelists agreed that the next step forward was to bring stakeholders around a single platform to share knowledge, change mindsets, and mobilize financing to bring climate solutions to scale.